There’s only so much to be said about Dr. Conrado S. Dayrit. With numerous well deserved accolades and a vast contribution to the study of coconut oil, he is man worth idolizing. Even at a young age, he was talented and driven that he devoted his time to further his violin skills and studies. He went on to receive the best education that can be given at that time. After earning his medical degree, he proceeded to advance his knowledge by studying overseas and doing research related work. A person can only so much as know what is there before him. Scientists such as Dr. Dayrit are mankind’s explorers in the realm of knowledge. They dedicate their lives for a journey into mystery uncovering knowledge bit by bit giving mankind the means to better itself. Are they heroes? That’s debatable. But there’s no doubt Dr. Conrado S. Dayrit has done a great service to the Filipino people.

Dr. Conrado Singian Dayrit was a Filipino doctor, pharmacologist, cardiologist, medical professor emeritus at the UP College of Medicine, Lux-in-Domino Awardee, founder of many medical institutions, president of the Our Lady of Guadalupe Colleges, emeritus editor in chief of the Philippine Journal of Internal Medicine, board member of the Philippine Institute for Pure and Applied Chemistry in Ateneo de Manila University, medical director of a hospital, violinist, and an Academician of the National Academy of Science and Technology (NAST) (Dr. Bruce Fife, Healthy Ways Newsletter, N.D.).
The “Father of Virgin Coconut Oil (VCO)” was born on May 31, 1919 in Manila. His father was Conrado Sr. who worked with the Bureau of Public Instruction, while his mother was Eufronia Singian (Alex Castro, Views from the Pampang, blog posted August 21, 2013). He was an only child. His own family consisted of his wife, Milagros Millar of Lucena, Quezon City, whom he married in the year 1949, and his children Manuel, Conrado III, Antonio Fabian, Eduardo, Rafael, Ignacio, Francis and Regina (de la Torre et al. 2009, 92). According to his son Dr. Fabian “Toby” Dayrit who was the former dean of the Ateneo’s School of Science and Engineering (SOSE) and current president of the Integrated Chemists of the Philippines (ICP), even from the start Dr. Dayrit’s passion was to become a doctor, which led him to pursue this challenging career (Jaclyn S. Escaño, ICP, posted on September 5, 2012). At the age of 9, he started taking violin lessons. He actually wanted to join their school band, but since they did not have an opening for his instrument, he ended up playing the drums. Still, he continued to master the violin even up to the time when he was already serving as an intern. A lot of patients even thanked him for the soothing music that they always heard coming from the intern’s dormitory (Alex Castro, Views from the Pampang, blog posted August 21, 2013) (Dr. Bruce Fife, Healthy Ways Newsletter, N.D.).
Dr. Conrado was also a true-blue Atenean. Throughout his elementary, high school and undergraduate years, he attended the “blue school” which was and still is regarded as one of the best educational institutions in the Philippines. After, he enrolled at the University of the Philippines to take up medicine. In the year 1943, he got his medical degree and passed the board as the topnotcher (Alex Castro, Views from the Pampang, blog posted August 21, 2013).

The biggest and most well-known contribution of Dr. Dayrit is his research on Virgin coconut oil, its numerous benefits, and potential cure for different diseases (Chua, posted July 21, 2006). He debunked the popular myth on coconut oil as a cause of coronary heart disease (Chua, posted July 21, 2006). Not only that, he was able to prove the health benefits of coconut oil, among which are prevention of heart disease, anti-microbial capabilities, ability to destroy disease-causing virus, bacteria, and fungi, and strengthening of the immune system (Fresco, posted July-September 2003). He was able to establish the fact that coconut oil is a “natural fat burner” and an energy booster, and it can be taken on a regular basis without harmful effects (Fresco, posted July-September 2003). During the course of his lifetime, he was able to publish several books and journals on his research on coconut oil, among which are: “Truth about Coconut Oil: The Drugstore in a Bottle”, “Coconut Oil: Atherogenic or Not?  (What therefore causes Atherosclerosis?)” (Dayrit, posted July-September 2003), “Coconut Oil in Health and Disease: its and Monolaurin’s Potential as Cure for HIV/AIDS*” (Dayrit, N.D.), and many others. In total, Dr. Dayrit has produced at least 70 publications one of which is his study of nightmares (Alex Castro, Views from the Pampang, blog posted August 21, 2013). Along with his research, he was also able to promote coconut oil despite the deterioration of coconut industry in the country during his time due to land conversion for industrial uses (Chua, posted July 21, 2006). Aside from working on the benefits of coconut oil, he was an important contributor to the advancement of various fields of medicine such as nutrition, tuberculosis control, analgesics, anti-inflammatories, and anti-cancer medications (Chua, posted July 21, 2006).

Dr. ConradoDayrit’s contributions in the field of medical research have made him one of the most notable researchers in the country. In line with this, he received various awards including 1st and 2nd prizes for the 1954 and 1955 Manila Medical Society Research Award for Basic Science and Clinical Researches, Best Papers Read at the 49th Annual Meeting of the Philippine Medical Association (Alex Castro, Views from the Pampang, blog posted August 21, 2013). Moreover, in 1955, the Sunday Times Magazine recognized him as “The Most Outstanding Young Man In Science” (Alex Castro, Views from the Pampang, blog posted August 21, 2013). He also received the Republic Cultural Heritage Award in 1963. In 1977, he was honored with a Gregorio Y. Zara Award in Applied Science by the Philippine Association for the Advancement of Science (Alex Castro, Views from the Pampang, blog posted August 21, 2013). On July 25, 2006, he was given the Lux-in-Domino Award by the Ateneo de Manila University (RaffySadana, Farewell Dr. ConradoDayrit, 88, blog posted October 14, 2007). The Lux in Domino Award is exclusively given to ranks of alumni of the Ateneo de Manila University who have done extraordinary achievements in both life and work in an outstanding and exemplary manner (Ateneo de Manila University website). In the same year, he received the GintongAklat Award in Natural Science Category, the 25th National Book Award in Medicine and Health Category for his remarkable book, “The Truth About Coconut Oil: The Drugstore in a Bottle” (“Health Sciences Division”). 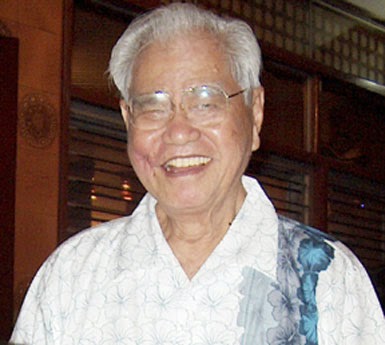 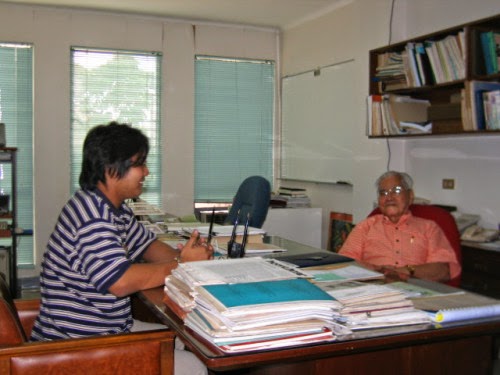 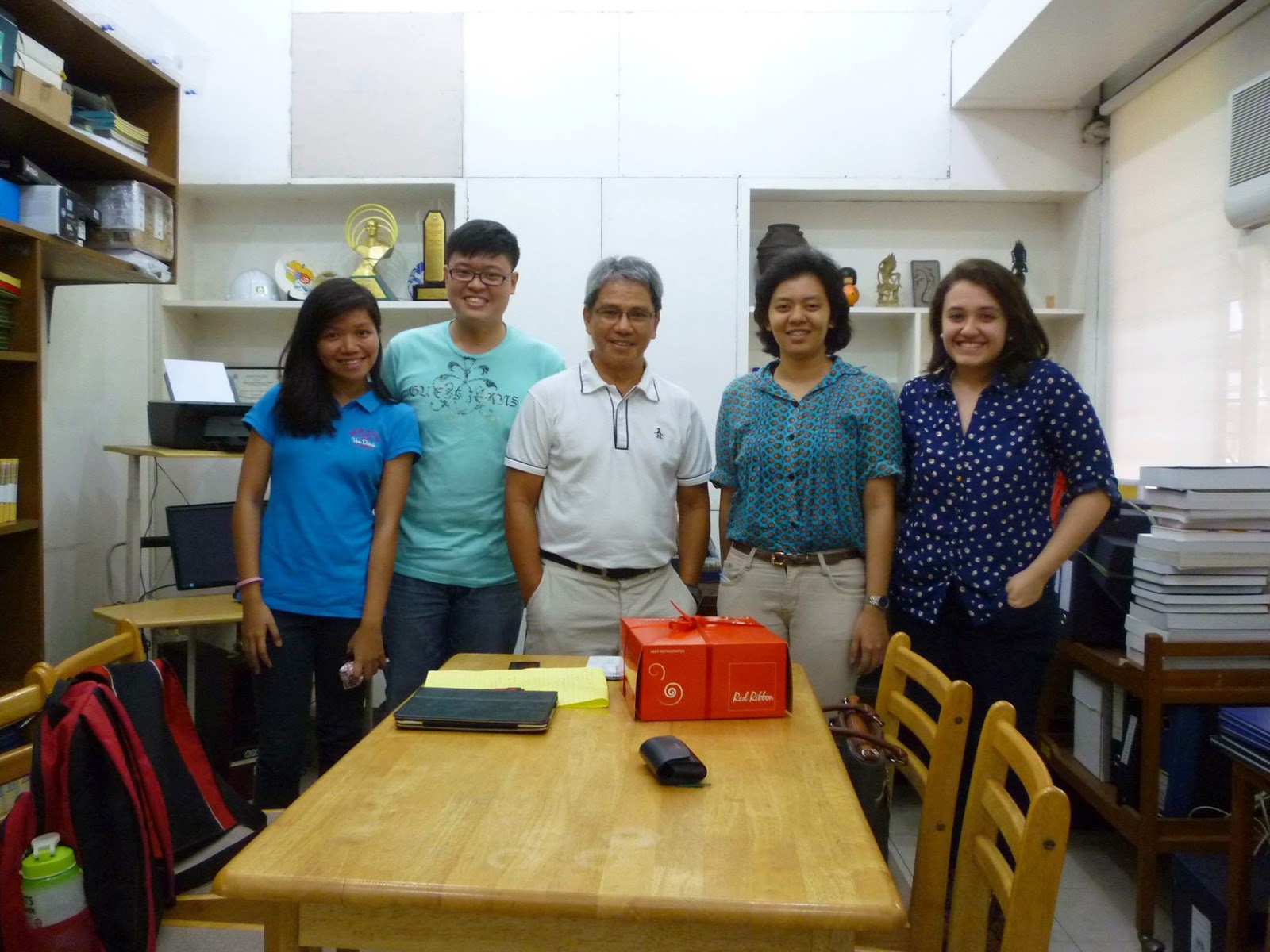 Dayrit, Conrado S. N.D. Coconut Oil in Health and Disease: its and Monolaurin’s Potential as Cure for HIV/AIDS. http://www.coconutoil.com/Dayrit.pdf. May 22, 2014.

Link to the interview with Dr. Fabian Dayrit by STS X2 Group 9:
http://yourlisten.com/.../interview-with-dr-dayrit-by-sts...