Abstract – rice is the staple food of Filipinos, and as this is a very important part of the Filipino culture, this project aims to introduce a Filipino scientist, Pedro B. Escuro, who has given significant contribution in producing and breeding high quality rice for the country. The aforementioned scientist is said to be a much-admired plant breeder and geneticist, who specializes in rice breeding and rice genetics. The project will furthermore discuss the personal life, career, contributions, and recognitions and awards received by Pedro Escuro.
Tags: Pedro Bolivar Escuro, geneticist, plant breeder, instructor, C-series, C4-63, Presidential Plaque of Merit, Rizal Pro Patria Medal, Presidential Citation, Plaque of Merit from Nabua Freewheeling Club, Honorary Fellow Award from Crop Science Society of the Philippines, First G. O. Ocfemia Memorial Award from Society for Microbiology, UP Distinguished Professional Award in Agriculture, Philsugin Research Achievement Award, Ayala Award in Agricultural Science, Outstanding Alumnus Award from UP College of Agriculture Alumni Association, Achievement Award for Significant and Outstanding Achievements in Rice Breeding and Genetics, Most Distinguished Alumnus Award, UP Los Banos Alumni Association, Inc., Plaque of Recognition from Philippine Rice Research Institute, IBM Science and Technology Award and Diploma of Honor, Distinguished Award in Agriculture from Gamma Sigma Delta The Honor Society of Agriculture, CSSP Silver Jubilee Award of Distinction from Crop Science Society of the Philippines

•         PERSONAL LIFE:
Pedro Bolivar Escuro, born on August 2, 1923, began his lifestyle and research interest in a barrio in Nabus, Camarines Sur. His parents, Lucio and Aurea, were farmers who owned four hectares of land, two of which were inherited and the other two were bought by the couple. The family had 3 surviving children— one of which is Pedro and the other two Candido and Candida— out of 7 which were born.
Pete, as his friends call him, started helping out the family as soon as he was strong enough, plowing and growing rice, exposing him to agriculture at such a young age. He was also the only child to finish high school. Later on, after graduating fron the University of the Philippines College of Agriculture, he has become one of the most outstanding rice breeders and geneticist in the Philippines.

•         ACADEMIC AND PROFESSIONAL CAREER:
Pete started his primary education at Naipitan Public School and finished it at Nabua Elementary School because the former educational institution did not offer Grades V and VI. He, then enrolled in Camarines Sur High School in Naga to pursue his secondary education.
Just as he was about to finish his secondary education, the Japanese invaded the Philippines and World War 2 broke out. This then made such a huge impact on him and changed the way he perceived his dreams. He originally wanted to become an Engineer, but upon seeing that professions like Engineering and Medicine could starve during calamities, he changed his mind and went on to pursue agriculture instead.
In 1948, he went to Los Baños to study at the University of the Philippines College of Agriculture and enrolled under the BS Agriculture, major in Agronomy program. Escuro attained the Bailon de la Rama scholarship grant on his second year when he achieved the highest general average in a competitive examination that was opened for financially challenged students. He was able to retain the said scholarship for three years before his graduation. He also worked as a carpenter in Cavite City and Camp Murphy and produced newspapers in Nabua in order to support himself in college. And with his hard work, he graduated as magna cum laude with a degree of BS Agriculture in 1952 and was awarded the Joaquin J. Gonzales gold medal for obtaining the highest general average among his fellow graduates.
After his graduation, Dr. Leon G. Gonzales, head of the Agronomy Department at that time, offered him a job as an instructor in the University.
A year later, his superiors sent him to Ivy League school Cornell University under the US Foreign Operations Administration - Philippine Council for United States Aid Program to pursue his MS in Plant Breeding. And from her on, he studied the breeding and genetics of rice around the world. Here he developed an idea as to the type of rice that would be best planted in the Philippines. He finished his MS in 1954 and continued teaching for another 2 years.
In 1956, he took a doctorate degree in Plant Breeding and Genetics at the University of Minnesota under the Rockfeller Foundation. He brought along his wife, Manuela Sales, in his stay in the US and he finished his degree in less than three years.
Escuro returned to the Philippines in 1959 and resumed teaching while also performing his duty as the new officer-in-charge at the Department of Agronomy in UPCA. After one year, he became the head of the department and served until 1964.
From then on, he acquired a great deal of important positions in various institutes. He attained full professorship in the University in 1968, and at the same time concentrating on “creating” or producing breeds of rice for the country. He also became the Professional Chair in Plant Breeding in 1973 and in 1975 became a Rice Improvement Specialist in Burma, UNDP-FAO. He was a Plant Breeder in the International Rice Research Institute (IRRI) from 1979-1985. He also became a Senior Scientist for one year, before he moved on to becoming a Consulting Senior Scientist at the Philippine Rice Research Institute in 1988 until 1991.

•         CONTRIBUTIONS
Pedro Escuro was a pioneer in rice breeding, and through him, new varieties of rice—as well as a modified version of the pedigree method—were introduced.
It was during his graduate days that Escuro came up with the idea of what the quintessential rice plant should be. Having grown rice himself, Escuro observed that rice, planted in the country, were generally tall, weak-strawed, tedious to grow and maintain. They matured late, allowing farmers to plant only one crop a year.
It was these traits that inspired Escuro to come up with a plant that suited the farmers’ farming conditions. He placed emphasis on plants that were insect and disease resistant. Escuro also considered the social factors in breeding and planting rice: for him, it was the farmers’ adoption of that variety that would deliver the benefits of a new variety.
Escuro’s greatest contribution is the C-series, as well as improved varieties of rice. The variety had a highly desired combination of high yield, strong resistance to insects and diseases, and excellent grain quality.
C4-63, the first of the C-series to be introduced for commercial production in 1968, had returned 250-fold the investment used to produce it. And for the first time, the Philippines became self-sufficient in rice. It was also used to salvage rice crops infected by tungro virus from 1971-1972. Despite the floods, droughts and typhoons that occurred in 1972, the C4 family was grown in 460, 000 hectares, earning an additional 115 million pesos for the country. By 1975, the C-series was being planted in Vietnam, Malaysia, Indonesia, Thailand, South Vietnam, South India and other Southeast Asian countries. The Pacific Islands, Ghana and other West African countries also adopted the C-series. 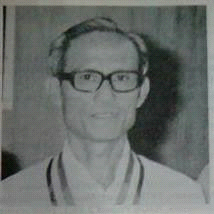 Photo retrieved from A Directory of the Academicians (page 13) by the National Academy of Science and Technology published at Bicutan, Taguig at 1981. All rights reserved.