Jose R. Velasco (February 4, 1916 - January 24, 2007) was a Filipino agricultural chemist and plant physiologist. He studied the properties of the substances used in agriculture, photoperiodism, and primarily about a coconut disease called cadang-cadang. He received recognition from various bodies for his works and in 1998, he was awarded and recognized as a National Scientist of the Philippines.

Dr. Jose R. Velasco is a plant physiologist and agricultural chemist.  He is also a national scientist, a teacher, administrator and a family man.    He was born on February 4, 1916 in Imus, Cavite. He is one of the five children of Hugo R. Velasco and Guillerma Ramirez. His father is a U.S. Army in Manila while his mother is a housewife (Ongkiko, n.d.).

At a young age, he already had the dream of being a lawyer.   He learned the skills of typing and short hand that also led him to think about using these skills in finding a job to help him fund his desired law school.  But, when he studied in a vocational school, Philippine School of Commerce (PSC), he figured out that he is not for stenography instead, he noticed that he is good in English and history. As a consequence, he transferred to Central Luzon Agricultural School (now Central Luzon State University, CLSU) in Nueva Ecija and stayed there for three years.  He graduated salutatorian instead of valedictorian because of the lack of residency.  Afterwards, he studied in the University of the Philippines College of Agriculture in Los Baños, Laguna. He did this because he received a scholarship and he also realized that he is really not for law.  “Law’s loss was science’s gain,” said Velasco in an interview in the book National Scientists of the Philippines (1978-1998).  This time, he graduated top of his class, giving him the Joaquin Gonzalez medal.  He is also a cum laude (1940) in Bachelor of Science in Agriculture Major in Agricultural Chemistry (Ongkiko, n.d.).

He worked as a teacher after he graduated.  He was described by his students as intimidating but they always remember him as a man of integrity.  And since he always works hard, he didn’t expect anything less from others.  He seems happiest when he researches or reads (Ongkiko, n.d.).

On March 9, 1941, he married Felicidad Ibañez, a school teacher from Luisiana, Laguna.  They had eight children: Maria Dolores, Victor Hugo, Vladimir Fred, Jose Alberto, Jaime Luciano, Maria Natividad, Luis Rey and Vernon Raymund and 16 grandchildren (Eala, 1967, 529). Maria Natividad is the only one who followed his being a chemist.  Meanwhile, Luis Rey works in education and research.  Four of his children are in the U.S. while the others stay in the Philippines.  He decided to stay in the Philippines because it seems that he can’t leave his life and work here.  He is very nationalistic and supported the Filipino products and local projects.  He said that Filipinos should “patronize products made by Filipinos” (Ongkiko, n.d.).

Jose R. Velasco, also known as Pepe, completed his elementary education at Imus Elementary School in Cavite. His skill in making a way out of every arguments he had with his older brother, Constantino when he was young, paved the way for him to dream about becoming a lawyer. But unfortunately, his parents weren't financially capable to send him to an academic high school so he was instead sent to a vocational high school, the Philippine School of Commerce. There, he was to study stenography. However, while he was at PSC, he discovered that he had no skills in typing which resulted to nearly failing it. Because of this, his father suggested that Pepe should transfer to an agricultural high school. He then moved to the Central Luzon Agricultural School, now the Central Luzon State University or CLSU. In order to sustain his needs, he worked as a rice farmer for three year in Nueva Ecija. In the end, his hard work paid off and graduated salutatorian (Ongkiko, n.d.).

For his college education, he enrolled in the University of the Philippines College of Agriculture (UPCA) in Los Banos, Laguna. His reasons for getting his tertiary studies there were: his mother's concern for him and the scholarship grants for top high school graduates. At UPCA, he decided to study mathematics and chemistry. That time, he had decided to forgo his law school dream but was certain that he didn't want to be a farmer. He graduated cum laude in 1940 with a Bachelor of Science in Agriculture major in Agricultural Chemistry. His father and his brother weren't able to make it to his graduation, but his mother was there to see him receive the Joaquin Gonzalez medal for graduating at the top of his class. On a side note, according to Dr. Velasco, mathematics was his best subject (Ongkiko, n.d.).

Dr. Velasco didn't just only focus in academics, he was also into sports. Though he did not actually excelled in the field events, he was still in the varsity team. The best he got in shot put was third place in an inter-university competition. He also were in the boxing team but didn't win any major fights (Ongkiko, n.d.).

Jose Velasco taught at the UPCA Department of Agricultural Botany for several years. His service was apparently interrupted at different times by WWII (1941-1943), by his stint as US Department of State scholar to the University of California Berkeley (1946-1947), and by a UP Fellowship award to continue his studies at the aforementioned American university (1947-1949) (Ongkiko, n.d.).

At Berkeley, he enrolled in the straight Ph.D program and completed his studies in three years. When he went back to Los Banos in 1949, he had a Doctorate degree in Plant Psychology. He was a research professor, director of research director of instruction, chairman of the department of botany, and editor of the Philippine Agriculturist (the college's scientific journal) at the UPCA till 1965 (Ongkiko, n.d.).

In 1965, he transferred to UP Diliman in Quezon City. There, he became a botany professor and UP Quezon Land Grant manager. After 2 years, he left his teaching profession to serve as the Commissioner of the National Institute of Science and Technology (NIST), for 10 years (Ongkiko, n.d.).

Dr. Velasco, as an agricultural chemist, focused on the properties of the substances used in agriculture. He also studied different aspects involved in the life of plants and this include photoperiodism of plants or how they respond to different lighting periods. His study on the said subject led to his discovery that the Elon-elon variety of rice is capable of flowering during short days which have 12 hours (Ongkiko, n.d.).

His major study is about the coconut disease called cadang-cadang which is one of the main problems of small coconut farmers in the Philippines. This disease was the cause of the death of coconut trees in Bicol Region with an earliest occurrence in 1926 at San Miguel Island, Tobacco, Albay until more subsequent cases were reported in other areas (Velasco, 1999, 68).

A coconut tree suffering from cadang-cadang has small, irregularly shaped, bright yellow spots on the leaves and these spots would eventually grow bigger because of chlorosis. The affected leaflets will turn smaller and brittle and the production of flowers and nut will also decrease. The leaves will gradually fall until the remains will only be a bunch of yellow leaves with a dark green center of upright leaves at the top of the trees which indicates the death of the tree (Ongkiko, n.d.).

Dr. Velasco believed that cadang-cadang was caused by an abnormal soil condition contrary to the popular belief that it was caused by a virus or bacteria. The hardest part in proving his theory is in finding the causes of cadang-cadang; but because of his perseverance and diligence as a researcher and a scientist, he was able to find some literature which led him and his team in concluding that this blight might probably be caused by rare earths found in the soil. He also studied which elements of the rare-earths are the most probable cause of the disease (Ongkiko, n.d.). An example of his study regarding this is titled “Rare Earths in Coconut Groves Affected by the Cadang-cadang Disease” (Velasco, 1999, 68).

He is truly a strong-willed and firm scientist for he continued his so-called “search for certainty” for the cause of cadang-cadang even though he learned from the literature that many researches showed that cadang-cadang is probably caused by viruses, nutritional imbalance of the soil, poor drainage, stress, or microorganisms (Ongkiko, n.d.). His researches greatly contributed to the knowledge in agriculture in the Philippines and can spark possible agricultural innovations in the future.

Even during his early years, Jose Velasco has already excelled in his studies

Due to his numerous works and important contributions to our society, Dr. Velasco was recognized by different bodies which has given him due recognition and awards

And lastly, he was also one of the top scientists recognized by the government and awarded with the most prestigious award any Filipino scientist would hope for.


1998: National Scientist of the Philippines 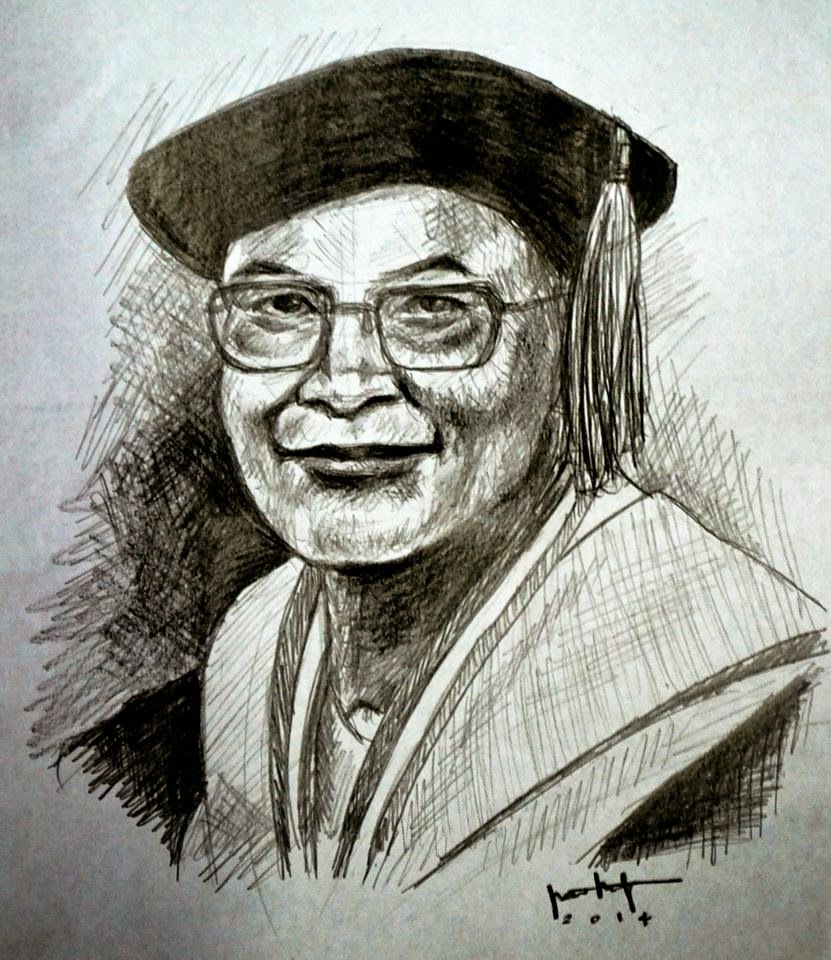 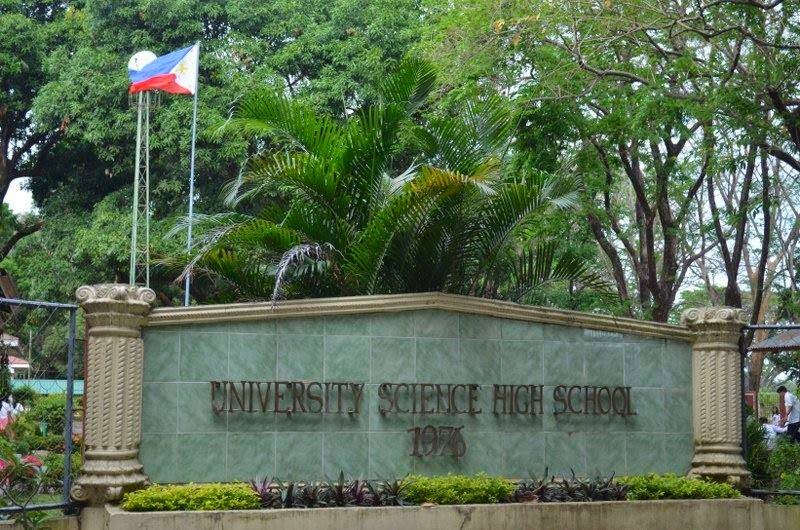 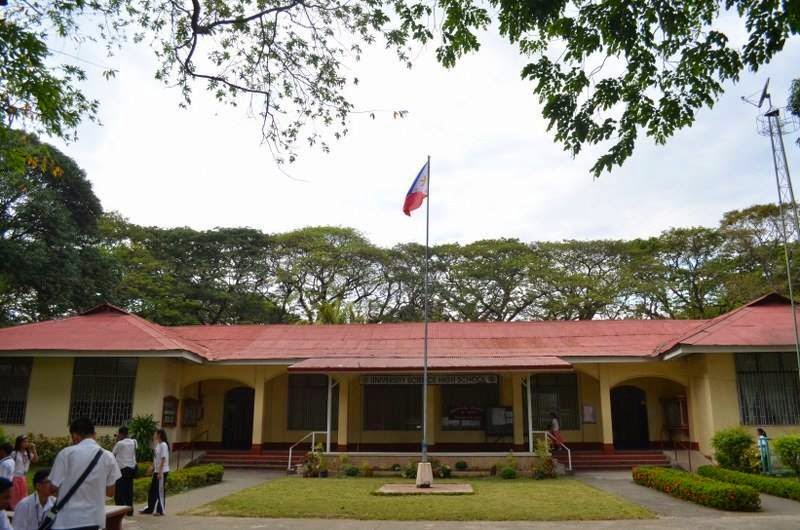