Personal Life
Dioscoro L. Umali who is also known as “Diosing”, “DLU” and “Jack” was born on the 17th of November, 1917 at Biñan, Laguna. He is known to be the Father of Philippine Plant Breeding. He specialized in the breeding of rice, corn, abaca, and mussaenda.
In his early age, he was already open to a less fortunate life. His father, Captain Cesario Umali, was a sailorman. Cesario voyaged to Spain and never returned back, he left his home and family behind, and died of sickness in Barcelona which even up to now his remains still lie there. Ediliberta Gana-Lopez, his mother, had to play a vital role in being both father and mother to raise Dioscoro and his two-year-old brother, Telesforo by selling rice in the market.
Their mother went to the Calamba market at the break of dawn to buy and sell rice for a living and the boys would be her “baggage boys” or kargadors. Neither heavy lifting nor kalesa driving bothered the boys, but it was the difficulty of collecting money from their mother’s debtors. It is mentioned that their businesswoman of a mother was so generous that she extends the credit beyond limits. His mother was truly a hard-working woman and was considered to be phenomenal by many of their family friends. Ediliberta was perceived to be a high-minded leader because she knew what she wanted, she was decisive, committed and had a positive vision which she translated into actions. These valuable characteristics of his mother, influenced him to be like one.
He is married to Zenaida Lopez-Umali, second child of then 4-year Los Baños mayor. They have five children. In 1981, they have a residence in Bangkok, Thailand.

Dr Umali headed and organized the Division of Plant breeding after his return to the Philippines in 1948. During his tenure as head, plant breeding bloomed into one of the most important fields in applied sciences in the country.
Also in 1948, Dr Umali spearheaded the development of different varieties of Mussaenda philippica. Mussaenda philippieca is a variety of Mussaenda, a mostly ornamental flowering shrub found commonly in the African and Asian tropics.
In the 1950s, Dr Umali was a part of the Abaca Varietal Improvement Program. During this program, Dr Umali was involved with several research projects about abaca. Dr Umali partnered with Dr James Brewbaker in order to fully understand the Musa species, of which abaca is a variety. Dr Umali identified relatives of abaca such as Pacol, “Agotay,” and Musa ornata as sources of resistance to abaca bunchytop and mosaic virus, the major diseases of abaca then and even up to now. Dr Umali and Dr Brewbaker made F1 hybrids of varying resistance against the diseases from crosses of abaca with their relatives. However, their F1 hybrids produced crosses that had good qualities for pulp and paper but not fiber quality.
In 1949, Dr Umali engaged in the breeding and selection of superior rice varieties and the development of hybrids which were resilient to Philippine conditions. Nine years later, his efforts with these endeavours produced 14 outstanding rice varieties and five outstanding corn hybrids which were approved and recommended by the Philippine Seed Board.
Dr Umali also valued the welfare of the farmers; because of this, Dr Umali studied the factors affecting rice seed dormancy and germination as well as milling recovery. Dr Umali recommended the improvement of the country’s rice mills because he first pointed out that the 40-50 percent milling recovery was due to inefficient kiskisan mills widely used in the country at that time.
Dr Umali developed the local fruit germplasm as well as the local food industry. He developed different varieties of rambutan, durian, citrus, mangoes, tamarind, jackfruit, atis, manzanilla, and the golden coconut. Five commercial varieties of rambutan in the Philippines today were seedling varieties selected by Dr Umali. One of which even bears his name—the DLU Maharlika. The DLU Maharlika serves as the benchmark of high quality rambutan—sweet, juicy, and tuklapin which means the flesh is not attached to and is easily removed from the seed.
Dr Umali showed a particular fondness for the genetics and production of makapuno, the endosperm mutant of the coconut. In 1953, he and his student L Zuniga showed that the inheritance of makapuno-bearing trees followed the Mendelian law by using controlled pollination of makapuno-bearing trees. Thus, the makapuno condition is gene-controlled. Since the makapuno nut does not germinate, it is not possible to obtain makapuno seedlings from the nut itself. Because of their efforts along with those of Dr Emerita V De Guzman, makapuno trees grown all over the country now have the potential to produce 100% makapuno nuts just by careful cross-pollination.
He also established the Philippine Seed Board and the Rice and Corn Production Coordinating Council of the Philippines. He was also involved in the creation of the International Rice Research Institute (IRRI), the Dairy Training and Research Institute (DTRI) and the Agrarian Reform Institute (ARI).

Recognitions and Awards
Dioscoro Umali and his sheer dedication in studying the breeding of rice, corn, abaca and massaenda contributed in our Philippine agriculture. All of his contributions were recognized by the University of the Philippines Los Banos and was awarded the “Most Outstanding and Distinguished Alumnus” and “Distinguished and Outstanding Alumnus of the Philippines for Agriculture.” His commendable services and achievements were acknowledged and he became a recipient of innumerable awards:
Undeniably, Dioscoro Umali did not only excel in the field of Agriculture but also in his academics, leadership skills, and notable social cooperation. He played an essential role in the society, his remarkable service contributed to the development of our Agriculture that which we all benefit from today. 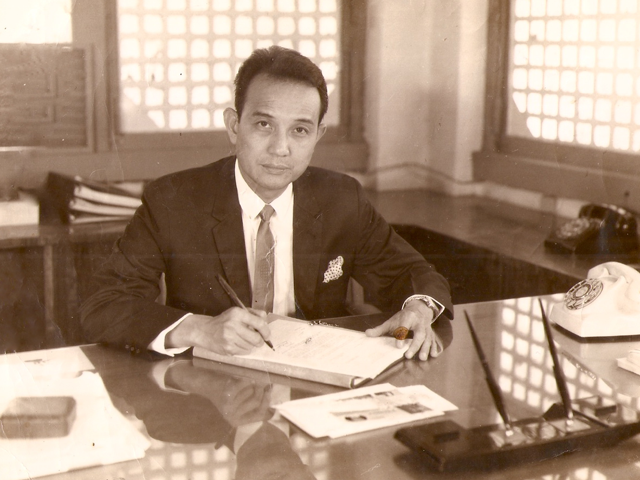